Now that I have left Marrakech I am at a loss as to how to proceed on this blog. It was difficult to blog whilst in the countryside due to day after day of no cell reception and no WiFi (wiffee, as they call it here). I’m not interested in providing the day-to-day, blow-by-blow detail yet I want to talk about certain aspects of each day. So. I will discuss scenery, various activities, food, and things I noticed along the way without making it too step-by-step.

After arriving in Marrakech I was introduced to my traveling companions. I had already found and introduced myself to Susan and Marianne, a couple from Washington state. They looked like they might match the people in the photo my travel agent, Barbara, had sent to me, so I walked up to them and asked if that was true in the Madrid airport. Gladly it was because I liked the vibe I got from each of them straight away! We chatted awhile and were able to move through the airport together. And since I had never met Barbara before, they were eager to be a part of that first meeting and introduced me to her. So I met Susan and Marianne, or “the girls” as I affectionately called them throughout the trip. Then I met Barbara and her husband Richard which was great because I have been working with Barbara for 20 years by voice only! Now I had a face to put together with the voice. And there was also Carolyn and Catharine, two friends from Port Townsend, Washington. Along with them was Mokhtar, our tour guide. I didn’t know it then but Mokhtar and I would become fast friends (what a great guy!). We went outside in the hot Moroccan sun and there I met Achmed, our driver. It was prayer time so Achmed finished his prayers and our luggage was put up on the roof of the van and off we went for the beginning of our adventure. (I didn’t know it then but Achmed is a kind and happy fellow whom we all loved, not only for his safe driving but also his wonderful demeanor).

We traveled away from Marrakech and I couldn’t help but be glad about that what with all the busy-ness of that city. The further we were from M’Kesh, the happier I was – – even on that first day. We traveled along dusty roads with the most gorgeous scenery. After stopping for coffee (‘nus nus’ for coffee with milk, which means, literally, 50/50) and taking a few pictures, we were on our way. We stopped in a small town for tagine, a typical Moroccan meal done in a clay pot called a tagine. So the cooking pot is called a tagine and the food that is served from it is called tagine. It was the best food I had tasted! Even though tagine can be made in a regular cooking pot, for me it’s best when cooked in an actual tagine because the meat and vegetables often cook on to the bottom of the tagine and create a crust not unlike the parts that stick to the pan whilst roasting a turkey. These are the coveted pieces, I quickly learned. (This place would become the benchmark for all my future tagines and none would ever come close, I found out later). Here’s some information about tagine: ttp://en.wikipedia.org/wiki/Tajine

We drove another distance to a town called Ouarzazate (means ‘noiselessly’ in Arabic). Ouarzazate is a film-making location. Films such as Lawrence of Arabia (1962), The Living Daylights (1987), The Last Temptation of Christ (1988), The Mummy (1999), Gladiator (2000), Kingdom of Heaven (2005), Kundun (1997) and Legionnaire (1998) were shot here. It’s a cute town – – but almost eerily cute as it seems somewhat like a movie set itself. A little too clean. A little too organized. A little too manufactured. But still nice and still comfortable.

We all either met for dinner or went to bed early, depending on the situation. I met for dinner and then retreated to the hotel lobby where Mokhtar, our guide and now my friend, got me situated with WiFi. And that’s the first and last WiFi I really had the rest of the time in Morocco. Next morning we were up and off for more adventures on the road. I will post pictures as I am able. 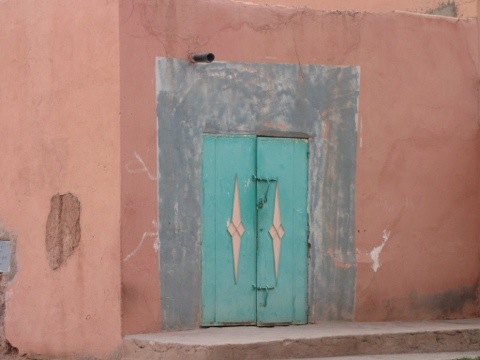 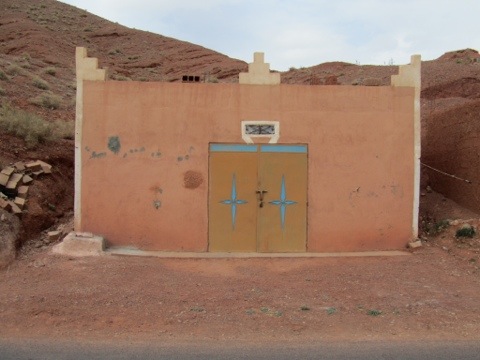 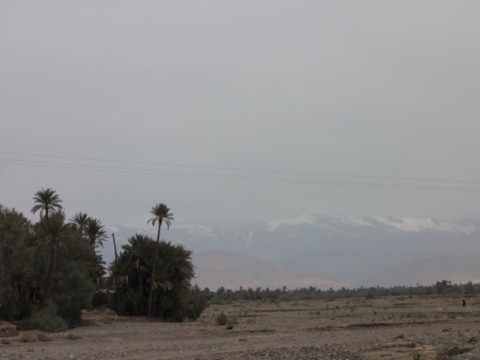