Richard Robinson is my travel agent’s husband. Barbara Ye Robinson (of Amcan Travel) and Richard Robinson are an enviable couple. They take care of one another, they are nurturing toward one another, and they occasionally bicker – – which is refreshing. Richard is the travel agent’s husband; the tour guide’s companion. He doesn’t get involved in the details of the trip and all the planning that goes along with that. He was as “in the loop” about the goings-on of the trip as I was. In other words, not at all. Wrongly on many occasions, I assumed he knew what we were doing next. He didn’t. He’s blindly along for the ride. And he’s the photographer and musician (plays the flute and drums and whatnot). Barbara is used to being in charge since she plans and organizes everything regarding the trip. She’s small in stature but not in personality. She’s assertive and talented and smart.

Richard looked hot in the shesh (turban) he wore everyday. He plays the flute beautifully and is passionate about music, about his experiences, and about Barbara. He adores Barbara and shows it by calling her terms of endearment and taking care of her constantly. When his camel came apart from the rest of the camel-line and just stood in place, unable to make a decision about what to do next, Richard calmly yet firmly tried to get the attention of the camel herder by saying, “Uh, I say!” It became one of the most repeated phrases of the trip and still makes me laugh! He was so British about it. Ha. Richard made me laugh a lot. And I know I made him laugh a lot. He’s easy to be around and is very entertaining. We had a lot of fun together.

Barbara loves to travel. She is very organized and follows the Lonely Planet guidebook religiously. She wants everyone on her tour to have a good time and to be OK with how things are going and she checks in frequently with people to see how they’re doing. I like that about her. I felt safe with her. When I decided to leave the group a few times and do my own thing she approached me with concern and made sure I was making the right decision. “As your younger sister, I know I’m not supposed to give you advice,” she’d say, checking in with me to make sure I had thought through what I was going to do. I appreciated it on the trip and will continue to appreciate that in her as we continue our friendship throughout the coming years! I like how Barbara is with Richard, too. She relies on him and she takes care of him always handing him antiseptic wipes, gently telling him what he needed to do, and allowing him to take care of her! Oh! And Barbara and I have seen each other naked, too, which I will cover in a separate blog post when I describe our experience together in the hammam, or public bath…

One day Barbara sat next to Richard after a morning spent in different rows on the van saying, “I miss Richard. He’s my fatal attraction.” And one night whilst Richard was playing the flute, Barbara told him how to play by basically shouting out orders to him, “Softer!” “Don’t play that one!” “Play that one song…” We laughed about it because she’s such a little thing with such a powerful way about her! And when she sang a Chinese love song, my heart melted! And with Richard accompanying her on the flute? Priceless.

Probably the funniest thing I remember is a story Richard told to Mokhtar and me about a “contract” they signed when they got married about how Barbara would have the say over the smaller details in life and they would confer on the larger things. All the while he described this she was rolling her eyes and doing the ‘blah, blah, blah’ sign with her fingers (fingers touching thumb over and over) and saying, “I’ve GOT to hear THIS!” The punch line from Richard: Nothing has happened in our lives yet that requires my input. It was funnier than I can explain here, but it’s something we’ve laughed at more than once together.

Barbara and Richard are two people with whom I can’t wait to spend more time! 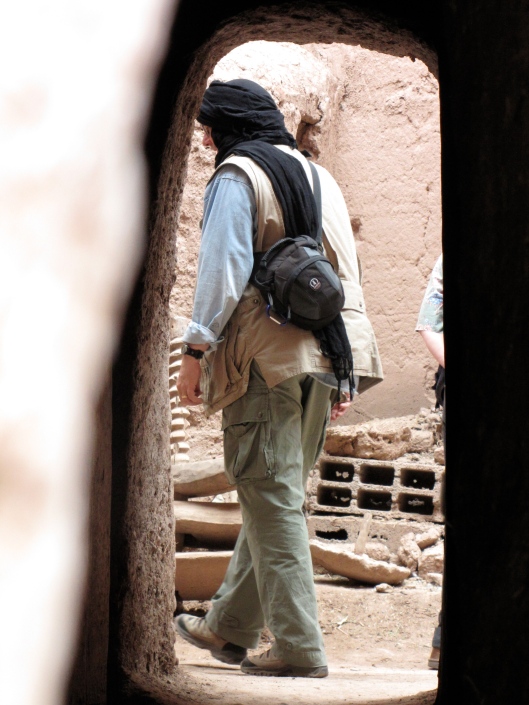