It was Friday, 23 March, 2012. My first full day in Marrakech and the surrounding area. Some of the other members of the group were walking around the medina and the souq; others were visiting museums and landmarks in the city. But first things first. Barbara and I had a hankering to do some computering and we needed WiFi fast! Richard and Mokhtar were visiting a hammam (a.k.a. bath at a bathhouse) in the morning so they dropped Barbara and I off at Grand Cafe de la Poste. What a great place! The music was amazing and the atmosphere comfortable, if not a bit hoity toity. Still, it was exactly what we craved and we were both able to blog, check Facebook and email, and drink fresh squeezed jus d’orange and mint tea! We actually probably talked more than we blogged or wrote, but we needed that, too! We were able to make a few plans for the coming days and share our thoughts about the trip thus far. It was really fun and a great bonding experience because it really was the first time we had to spend completely alone! Sooner than we expected, the guys showed up and Richard told us all about their hammam experience. It was funny to hear him describe it. “We stripped down to our underwear and carried our own water in buckets into a room with marble slabs. And suddenly they threw water on us and used something like, I don’t know, rusty nails or something to scour our bodies…” It was hilarious! Only when I had my hammam experience a couple of days later did I understand how true his story was!

We finished up and dropped Richard and Barbara off at the riad. We probably went in for a while but I don’t remember those details. What I do remember is that after a few minutes’ discussion, Mokhtar and I decided to get out of Marrakech and headed to the Ourika Valley. I had no idea what I was in for! It is beautiful! I loved it and ended up going back again on Monday with Marianne and Susan, and Richard and Barbara. There was so much to see and so much to photograph. Unfortunately the weather was rainy so I had to make the most of photography through raindrops. Still, I was able to get some good shots. We went back to the riad later and I picked up some fresh clothing and we went over to Mokhtar’s apartment to make tajine since everyone was out and about that night. I learned how to make tajine in a regular kettle, not in a tajine, and was a little disappointed that it was really good, even without the ubiquitous conical-shaped pottery slow cooker! I was given the responsibility of shelling fava beans and snap peas: two whole bags! I think more landed on the floor than in the pan! But after waiting the requisite 2 hours of cooking, the meal was delicious! A beautiful day and a great evening! 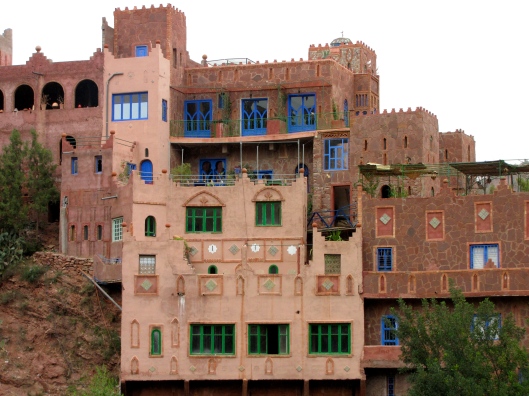 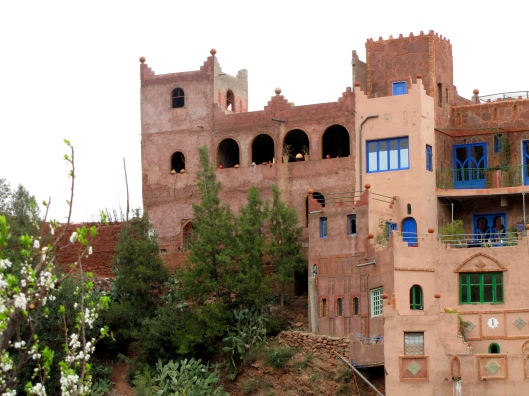 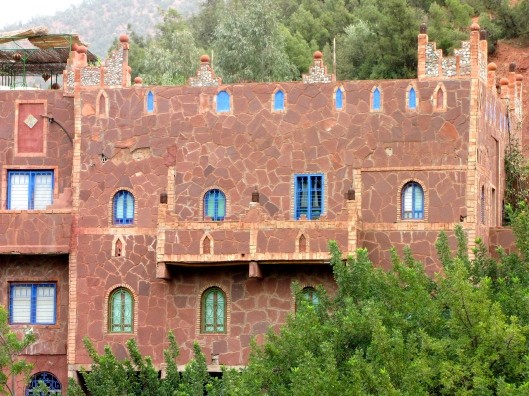 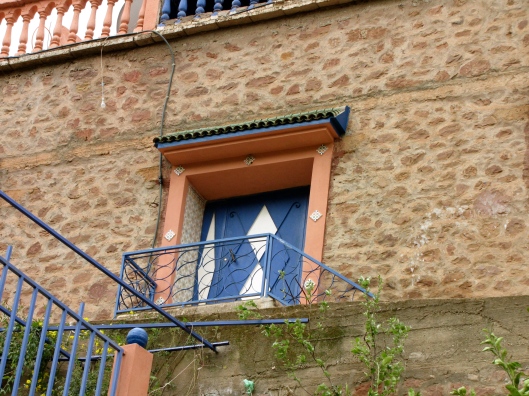 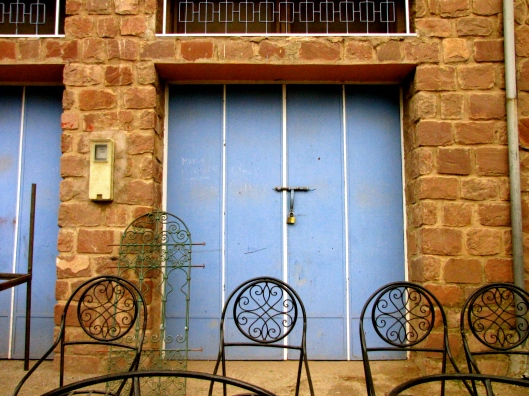 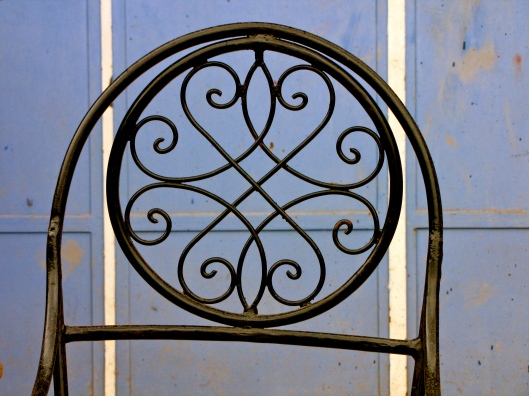 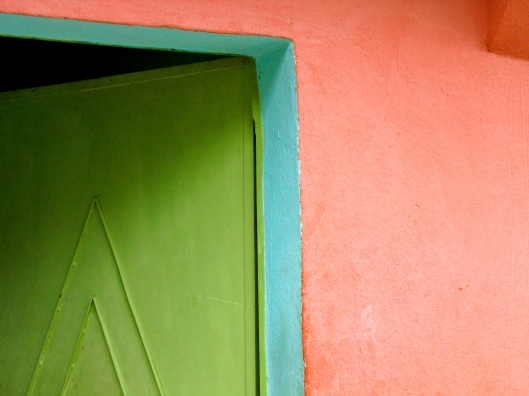 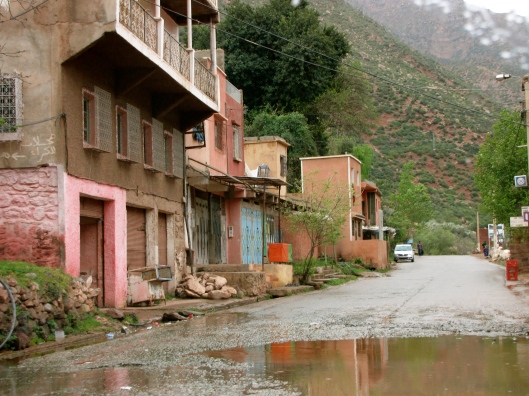 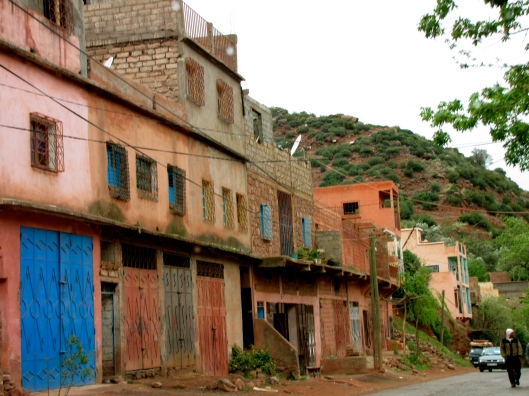 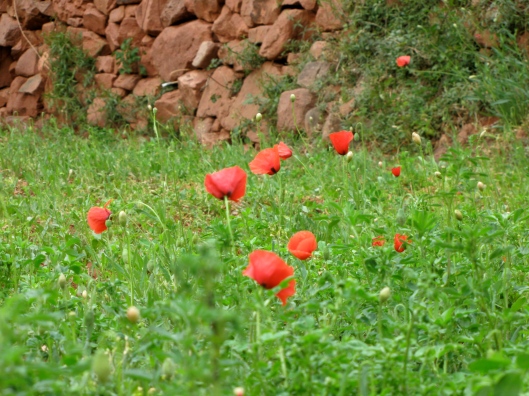 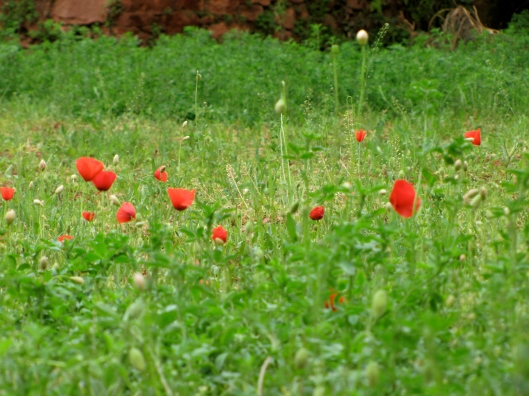 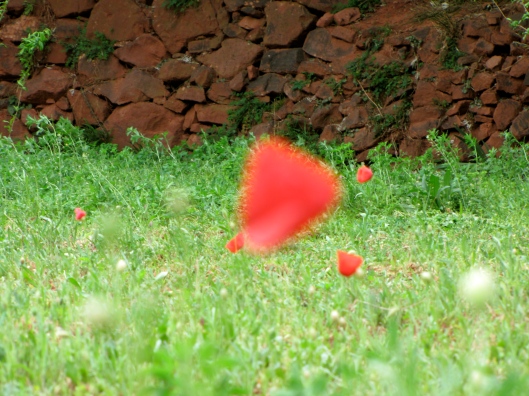 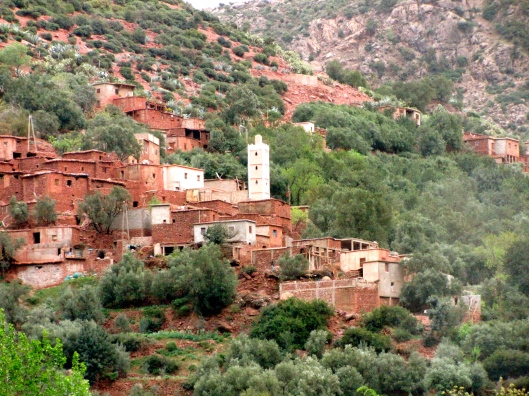 3 thoughts on “Marrakech and the Ourika Valley”