…this is your life. Your one life to live. The marathon, not the sprint. Right now, right here, this is it. You’re in the middle of it. Is it what you want it to be?  How do you want the rest of it to go? If not now, when? These questions prod and poke at me constantly and have for months. For years.

This prodding and poking has been a part of me since a young age. It is evidenced from perusing the (exceedingly) detailed diaries of my youth. Documented are precise and lengthy details about days lived: books read, lunches eaten, dances attended, boys liked, troubles had, and dreams dreamed – – all written by hand in pen (I meant what I wrote and proved it by writing in pen!) on double-sided pages in the stacks of 3-ring binders of journals kept since I was 12 or 13. My documented youth.

It’s often embarrassing to read and sometimes it’s sad, but it all rings true and it is me, raw and uncensored. Every thought, every idea, every problem is documented.

There is a common thread throughout my years as a kid (that continues on through adulthood): there’s more to the life I’m living and it all revolves around writing, travel, and living in another place. Year after year, day after day, this is what I dreamed, wanted, and declared in these writings. It’s amazing, really, that a kid so young has dreams that continue throughout an entire lifetime!

So at this time in life, being middle-aged, I’m evaluating how I want to live the rest of my days. Evaluating how I can be my full self. How I can attain this life’s goals. It’s both exciting and scary! And I’m working in earnest to figure it all out. 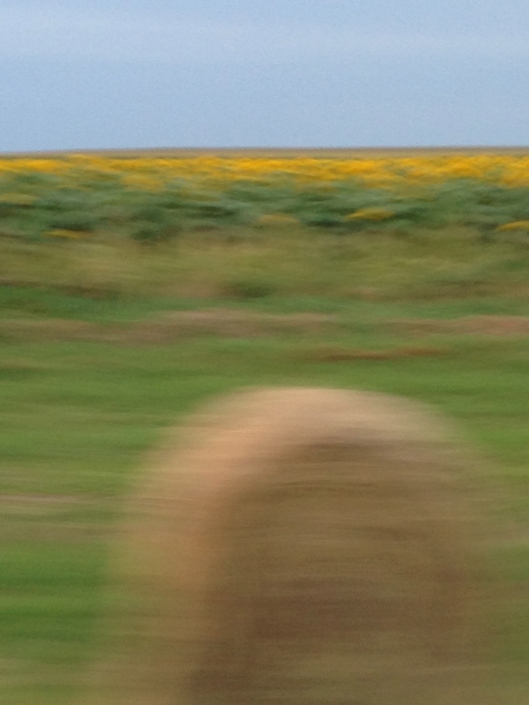 I take for granted that people know how to read and write. But in Morocco that’s not always the case.

One day I was home alone with our housekeeper / cook at Dar Basyma. I was without the aid of my constant interpreter / business partner and was excited about this chance to get to know her better. I pulled up the Google Translate iPhone app, typed my message and showed it to her in French. She shook her head no. Misunderstanding, I typed it in Arabic instead. Again, she shook her head. The look on her face jarred me to the realization that she cannot read. Not at all. Eventually I spoke into the app and it voice-translated, but not in Darija (Moroccan Arabic) so it was cumbersome and hard to understand. So we sat awkwardly in silence and smiled until Mokhtar came back and was able to help us “chat.”

Since then I’ve learned that guests have left her notes that she cannot read. And we’ve had some mishaps with household cleaning products being used for the wrong things, lotions put in the conditioner containers (because they’re both white), and using the wrong settings on the washing machine. And she has no ability to read texts or to proofread her own spoken texts to others.

I know this is more frustrating for her than it is for the rest of us. Our house man works well with her. They’re close friends and spend much of their time laughing and huddling together over their phones as he has become a sort of Cyrano de Bergerac, penning her texts to family members, suitors, and friends; like Steve Martin in ‘Roxanne.’ It’s sweet and it’s funny, but the bottom line is that it’s mostly sad that she can’t do this work herself.

As she tells it she was a girl who liked only to have fun (I believe it, as she’s always laughing and joking). She consistently ran away from school and finally just quit. School isn’t required and for sure not required for girls so there was no motivation for her to stay at the time. Now she regrets it. And as she’s in her mid- to late-30’s, so feels it’s too late for her now.

Since she teaches the cooking classes at Dar Basyma, I’m working to put together her recipes since she obviously has nothing written down! She’s an excellent cook and she communicates well without speaking fluent English or writing, but we have no record yet of any of her myriad dishes she prepares at Dar Basyma. It’s a big job that I will pursue on my next visit.

Her solution for our inability to speak to one another is for me to learn Arabic. As though that’s an easy (or quick) task! Since she speaks French and Arabic, to her that seems an easy solution. I’m trying…